Due to recent storm damage we have posted our contact information front and center for you!

You and your family deserve more than just a roof over your heads—you deserve a quality roof that accentuates the look of your home and will stand the test of time. Specializing in asphalt shingle roofs, Missouri’s Roof Doctor can give you just that. Our company is pleased to serve home and business owners residential and commercial clients throughout Osage Beach, Jefferson City, and the Springfield areas. We also serve the following areas:

From simple roof repairs to complete roof replacements, no job is too big or small for our qualified team of contractors.

What are the black stains on my roof?

The black stains found on our roofs in Missouri is not mold, it’s actually a shingle eating bacteria called Gloeocapsa Magma (a.k.a. blue-green algae).  Washing your roof with bleach only keeps it at bay for a 12 -18 months; conversely, washing it off every year will lead to early shingle replacement because the shingles cannot handle strong chemical baths on a repeated basis.  Left untreated the algae can cause roof replacement in as little as 15 years, not what you expected when you bought a 30 year rated shingle.

If you are reading this you probably already have black streaking in a few spots.  You’re most likely wondering why now, it’s been 7 years or more with no streaks and it’s everywhere.  Most shingles in our area include an algae resistant technology; to easily explain it, they simply add copper.  Once the copper wears away your protection is gone.  Over time the entire roof will turn black.  The trick is to catch it early, clean a few small areas, and then set up a maintenance plan to have the roof treated just as you would pest control for the rest of your home.

Unfortunately the algae is transported through the air, and it’s contagious, so if your neighbors have it you will too.  To quote an article sent to us by Owens Corning “Shingle manufacturers estimate that approximately 80 percent of all roof replacements are caused by this pest.  Gloeocapsa can end up costing homeowners thousands of dollars they may not need to spend”.  Roof Doctor strongly suggests a community effort to battle the shingle eating bug.  After your roof is washed educate your neighbors about the dangers of algae, you are not only doing your neighbors a favor you are also helping yourself by cutting down on the risk of re-infestation.

When a major storm rolls in and leaves your shingles in shambles due to damaging winds, hail and falling trees, know that the Roof Doctor has your back. Because the majority of the work that we do is roof replacements, you can trust that we know how to work with insurance companies to get your claim settled right away. If you need a new roof, we highly recommend using DesignEyeQ’s free online tool to choose the right style, brand and color of shingle for your home. 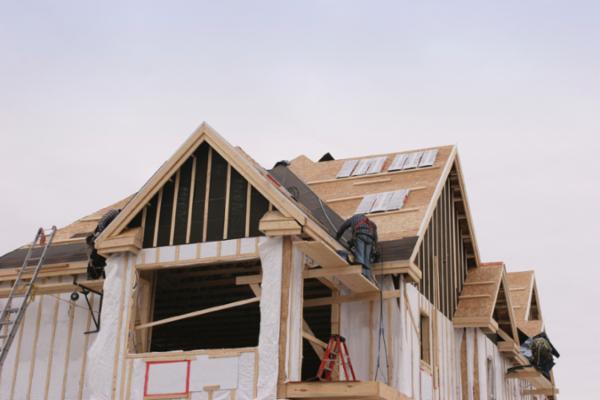 Roof Doctor is able to provide customers with a higher level of service than most roofing companies. We only tackle one job at a time to ensure that your project gets the attention it deserves. Our owner is onsite for every job and our carpenters and roofers will support you and your project from the consultation phase right through to its completion - on time, professionally, and at a reasonable price. You can also rest assured that we do everything by the books, following all of the guidelines set forth by the National Roofers Contractor Association (NRCA).

Schedule your roofing service now or contact us to learn more about how we can be of service to you!